The Rio Summer Olympic Games are fast approaching (5th August) and so I thought I’d share with you a simple Olympic Games torch craft for kids. It’s really very easy to make and children can personalise them however they wish. 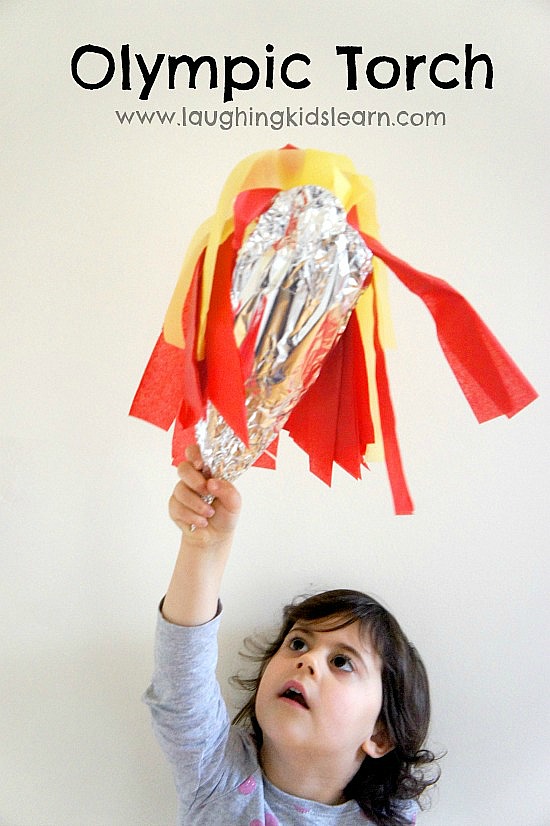 There is just so much to love about the Olympic Games, especially when it comes to children. For me they demonstrate teamwork, doing ones personal best, sportsmanship, history, respect…..the list goes on. To say that I’m excited about the Olympic Games is a massive understatement and I can’t wait to share it with my girls.

I decided to start talking about the Olympic Games to Possum (aged 4 years) and introduce her to the Olympic flame, which is ignited in Greece using the energy from the sun. I talked to her about the torch relay that happens over the world prior to the Olympic Games starting. She loved watching this collection of videos of the final flame being lit at the hosting country. 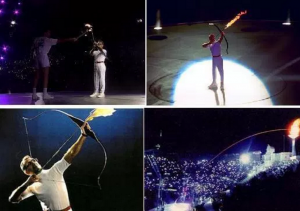 Remember this one?
Incredible, right???

How to make a simple Olympic Games torch for kids 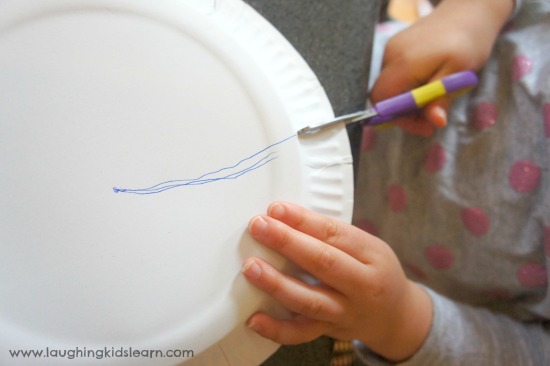 Have your preschooler draw a line from the middle of the paper plate to the outside edge and cut along that line. This is great for them to develop their skills in drawing a straight line, which can be surprisingly hard for little ones, and using scissors to cut and keep the keep them along the line. 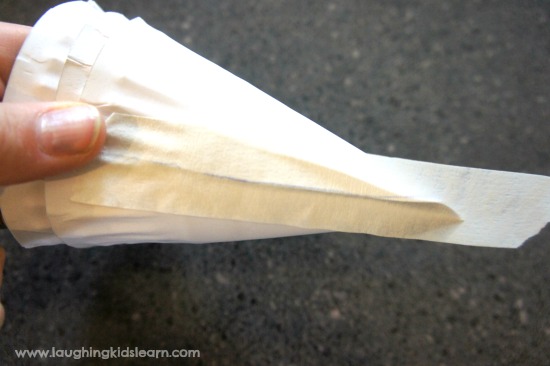 Roll up the paper plate to create a cone shape and secure it well with sticky or masking tape. 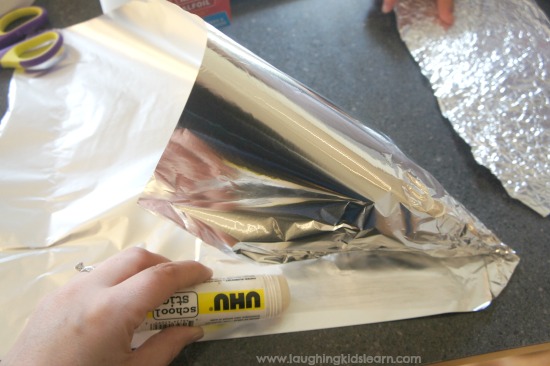 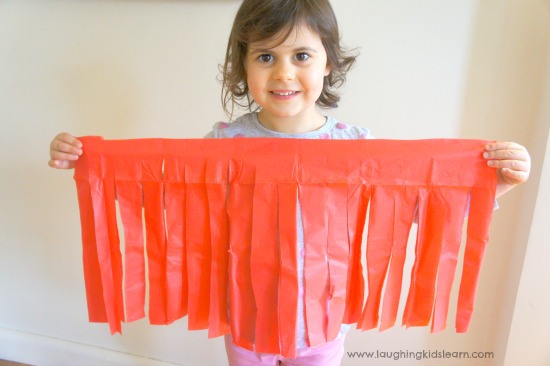 Next we wanted to create the amazing Olympic flame that would seemingly light up our Olympic torch holder. To do this we used coloured tissue paper and cut it in a fringe style cut (see above). Older children would be able to tear the tissue paper into strips. 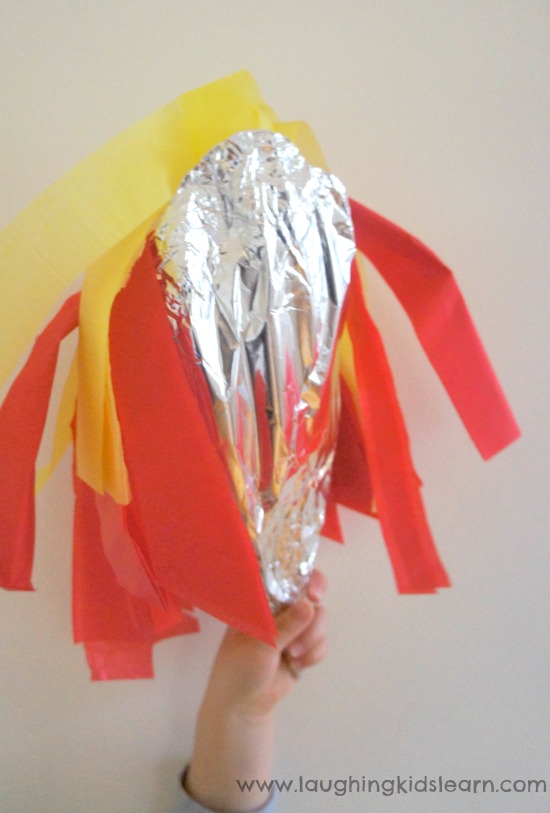 Simply roll the up tissue paper and insert it into the top of your Olympic Games tin foil holder and secure it with some more tape. You could also add a battery operated torch to the middle of the holder to give it a realistic impression that the torch is actually alight. What a wonderful (and very simple) Olympic Games torch!

Children could of course make their own in the classroom and act out an Olympic Games torch relay and pass on the flame from one torch holder to the next! Let the games begin!

Would you child enjoy making their own Olympic torch?