Here is a craft that will have children learning more about the Blue-Ringed Octopus. 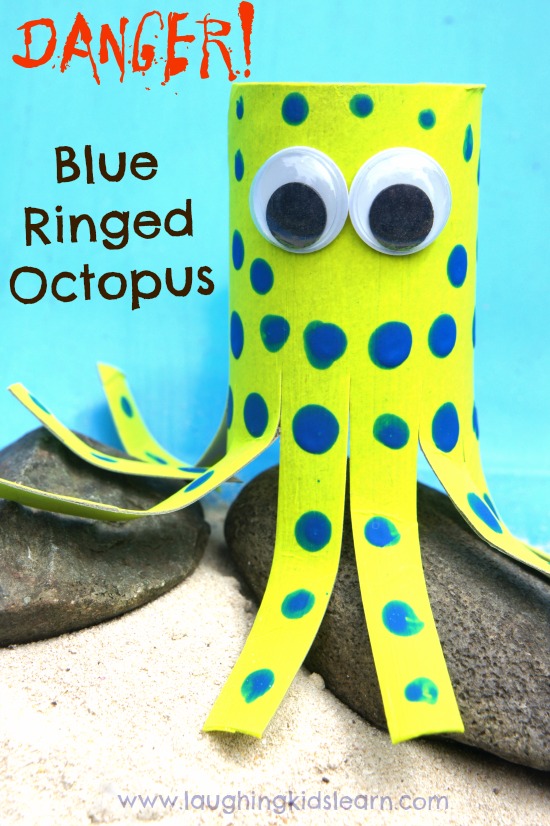 For those who have visited or heard the rumours, in Australia you can find some very dangerous animals. One of the most deadly (and attractive) marine animal, mainly found off our east coast, is called the blue ringed octopus.

Here is a real blue-ringed octopus and you can find out lots more about them my clicking here. Otherwise, you might be interested to know these facts  –

YIKES! In light of these interesting facts I thought it might be a good idea to create a blue ringed octopus craft activity for children. 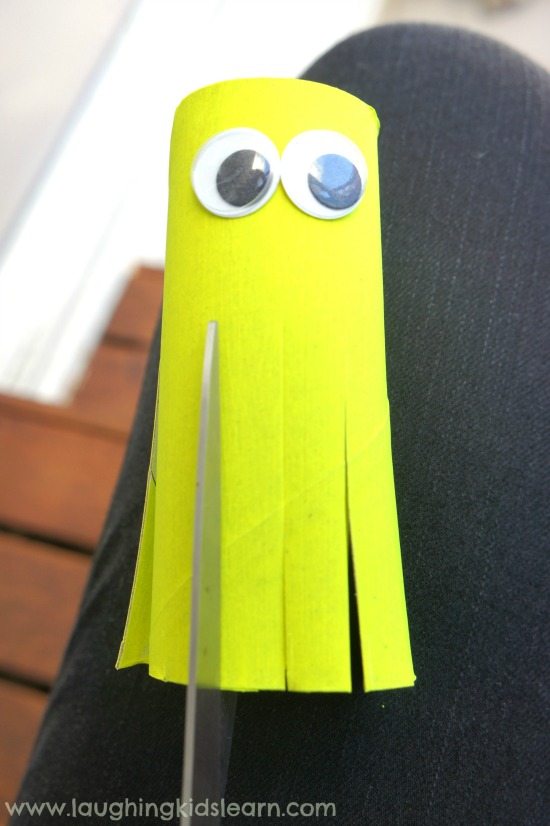 How to make a blue ringed octopus

Begin by painting the paper tube a bright yellow. You may decide to give it a few coats so it intensifies the colour. Once it has dried you can begin to snip up the toilet roll to make the eight tentacles. Remember, an octopus only has eight tentacles! 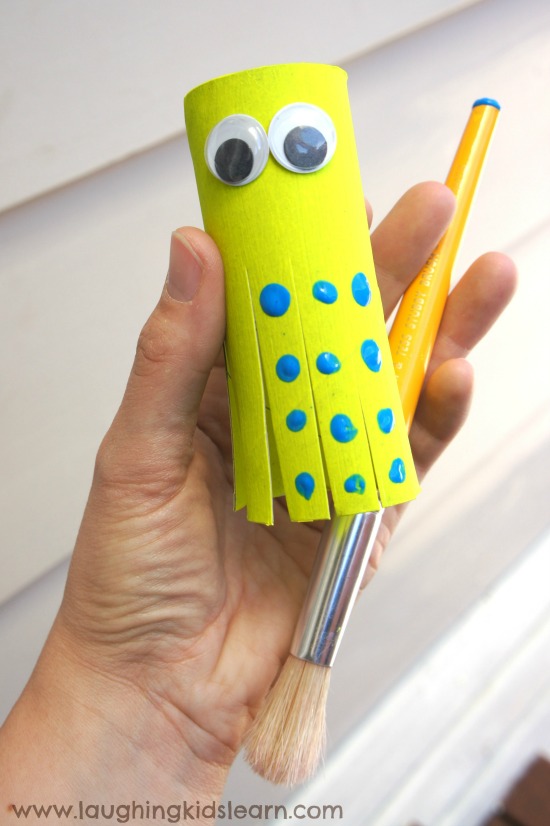 Stick on some goggly eyes with some craft glue and wait for it to dry completely. Then using the back of a paint brush dot the end into some brightly coloured blue paint and mark along the limbs and head of your octopus. Once it’s markings have dried then you can carefully curl out the tentacles. 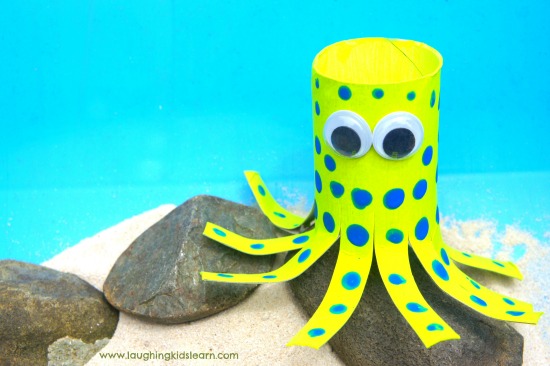 Soon you’ll have a fabulously attractive blue ringed octopus that is a lot less dangerous than the real thing. This little guy would be great for promoting their dangers and just a fun craft that children can do easily enough at home and use during imaginative play.

Have you ever seen a dangerous animal up close?