Possum is at the age that she is starting to sit up somewhat independently. I’m still not comfortable with allowing her to sit without support behind her because it became clear that  when she had had enough of sitting she would launch herself backwards. Argh!

So I started to become inspired to think up a way that would help her develop her balance and have fun at the same time. I wedged a soft pillow into the corner of a couch and sat her in front of it. My husband, who always loves to play, sat before her and rolled her a ball. 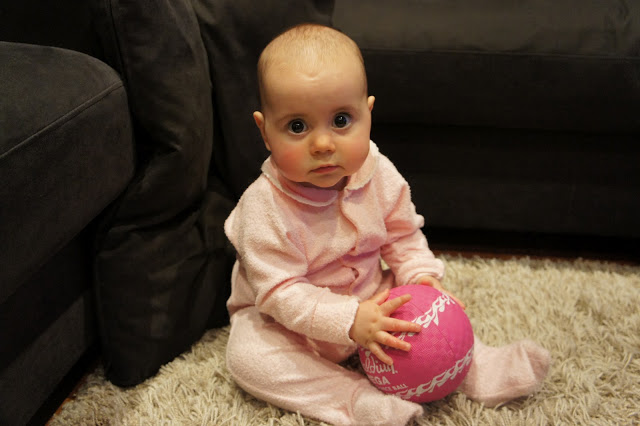 Possum found this really fun because it was like she was receiving a reward after each time the ball came to her. After a few minutes it became clear that she was beginning to understand how the game worked and started to use her hands to throw or feet to kick the ball back to my husband.
Because of this game she was testing out her balancing skills and having fun at the same time.
To extend this activity further I decided to have her play with a variety of balls. One ball made a rattling sound when it moved, another felt different because it was made from soft fabric. Doing that allowed this activity to become much more of a sensory experience. 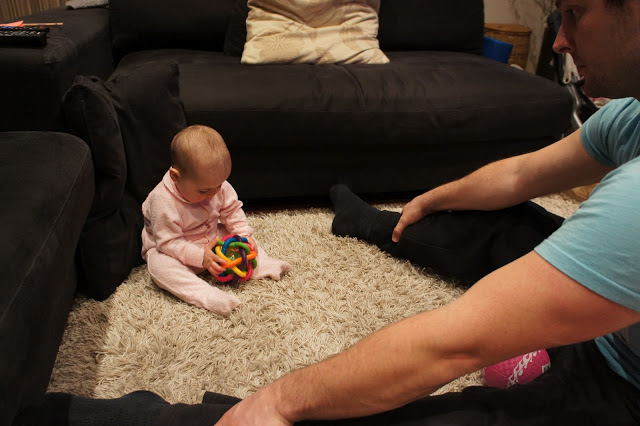 I found that as soon as she lost interest in one type of ball I was able to introduce another, which would have her play for a few minutes more. How wonderful, she was balancing for the longest period of time and without any support. Win! 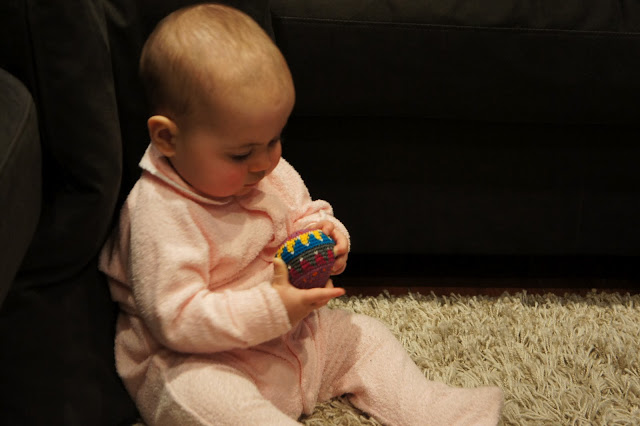 Thank you so kindly for reading about this simple play idea for babies. I hope it works as well for you as it did for us.