This year marks the 70th anniversary of Book Week in Australia, which is a time we celebrate authors and illustrators, as well as pay homage to wonderful characters and stories that capture our heart. With a passion for Disney, I was recently invited to a special behind the scenes filming of, ‘The Book of Once Upon A Time’. They have their new season premiering this week on Foxtel’s Disney Junior The Channel at 7:10pm. 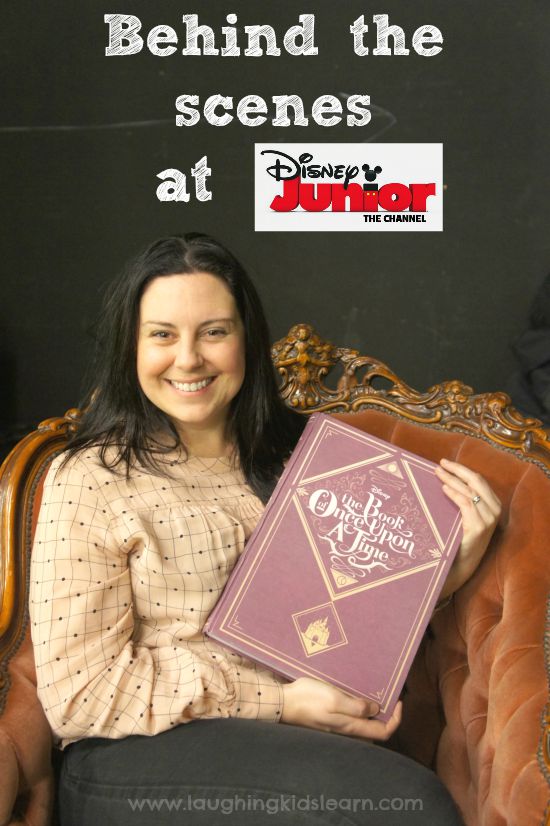 ‘The Book of Once Upon A Time’ is a television series by Disney Junior that has become incredibly popular with both children and parents. It is a wonderful and locally produced television series that takes the magic of storytelling to the screen. Mixing both the classics and modern day Disney tales in each episode, it is a series that children can relax and enjoy prior to heading off to bed or watch anytime on the Disney Junior website. 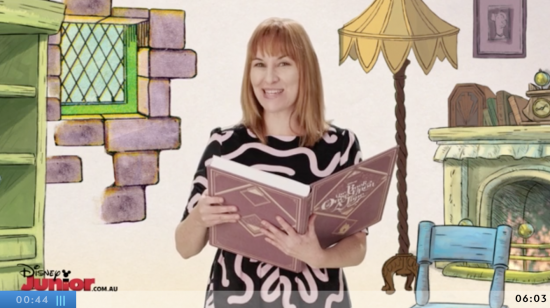 There is so much to adore about this television series. It brings classic storytelling to life, paying tribute to the tradition of story time with turning pages, character voices and re-enactment, and classic touches of animation that ignite the imagination. 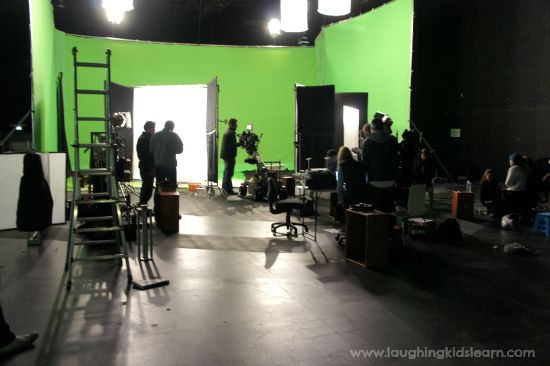 Possum (3.5 years old) and I have really enjoyed watching a number of the episodes online and we were both very excited to hear about my opportunity to see the show being filmed and even the possibility of crossing paths with the star host, Kate Mulvany. 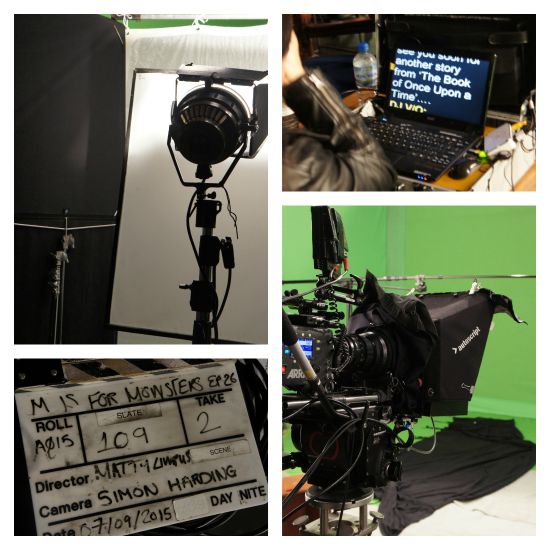 What an amazing experience! I’d never actually been on a film set before and so it was very exciting to see the complete set up with all the equipment and crew needed to make each show a reality.  The amazing big green screen allows for beautiful Disney artwork and characters to come to life and be part of the story as it’s being told. Isn’t technology just incredible! 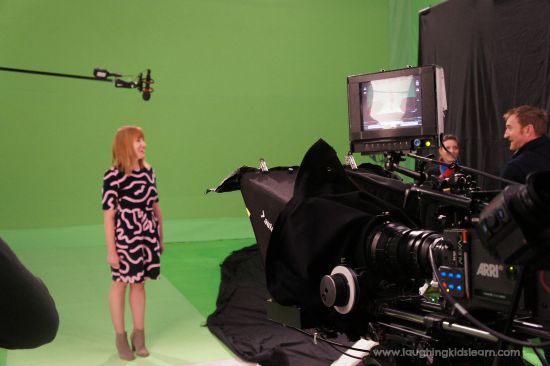 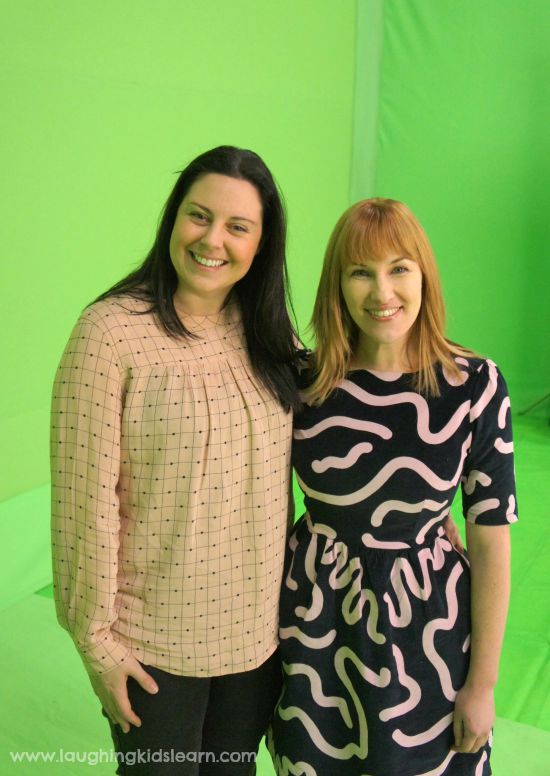 Needing little introduction is this incredibly talented Australian actor and playwright Kate Mulvany, who I was thrilled to meet briefly between takes. Kate is the delightful host on the show and with every page she turns of the special storybook, she takes children on that magical journey threading mystery, humor and fun throughout. 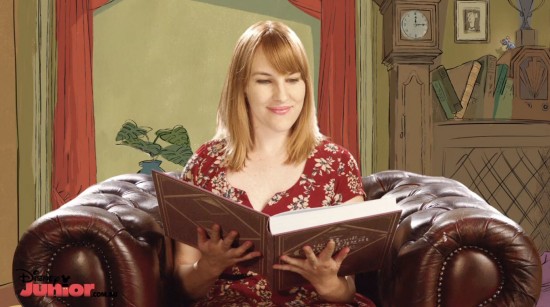 Like a deliciously warm hug, I love that each episode Kate’s character engages children and invites them to snuggle down with their parents to share in a magical Disney story before bed, encouraging that love of literature and sharing stories with special friends and family. 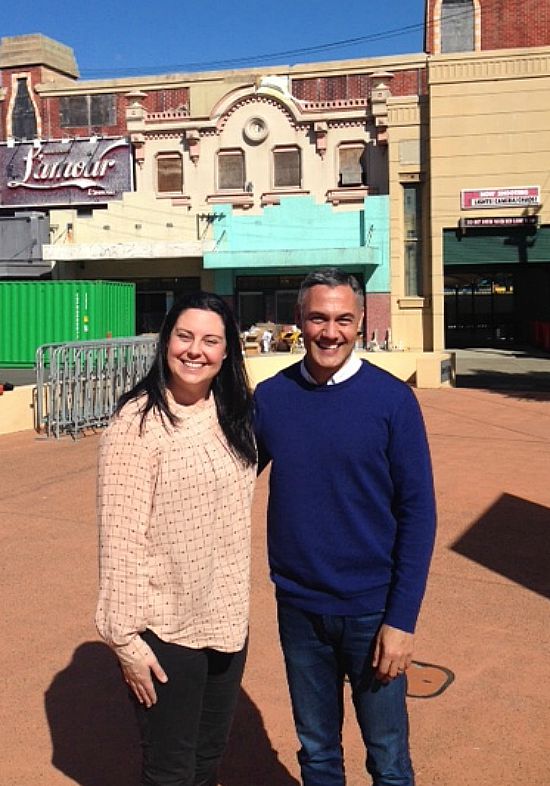 I was also fortunate enough to meet with the producer of the series, Pete Noble.

“Parents and children’s lives can be so scheduled and busy, I’d like to think that [‘The Book of Once Upon A Time’] is the little punctuation mark to the end of the day” explained Pete. He went on to share how proud he was that he and his team were able to bring story telling to life using the classic and modern Disney stories, but in a digital format. 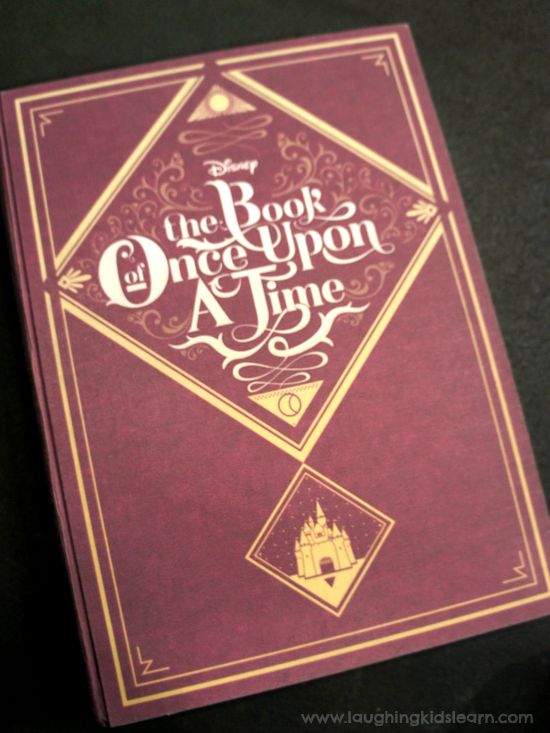 ‘The Book of Once Upon A Time’ television series is a lovely promotion and accompaniment to getting children to sit and enjoy story telling.

Disney Junior’s animated and live action programming blends Disney’s unparalleled storytelling and beloved characters with learning components too, including early language and maths skills, as well as healthy lifestyles, with an emphasis on social and emotional development.

There was a time that we would consider ‘educational’ content as something that specifically taught children to count numbers or recite their alphabet. Our thinking and expectations have certainly broadened over the years and we also see value and importance in teaching children about social skills, moral skills, good basic habits and creative thinking. I certainly recognise all those things subtly explored throughout each episode of ‘The Book of Once Upon A Time’ making it an enjoyable and educational experience for kids. 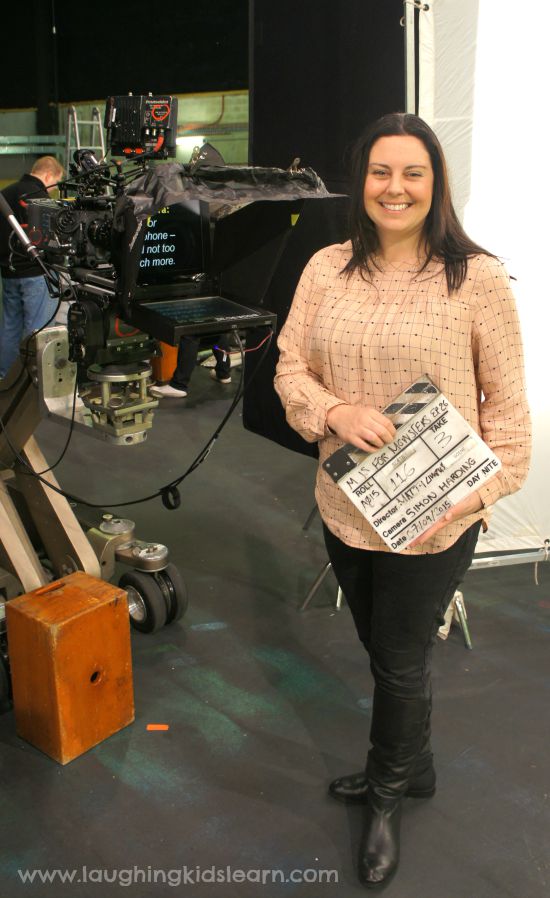 What Disney character would your child love to watch?