Since pink was a running theme for the day I decided to make shades of the colour and hoped it would be effective when cut on the day. It was either going to make me sink or swim. Fortunately it was a massive hit and I’m glad I did it. 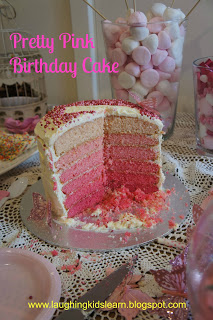 I basically baked three cakes.
With each batch of cake mixture I separated them into two bowls and coloured them individually. 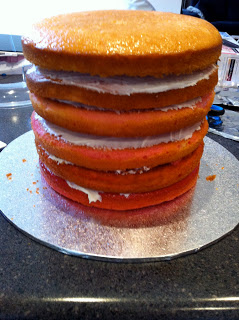 I measured each bowl of cake mixture to ensure they were of the same weight.
I didn’t want to end up with layers of cake that were of varying thicknesses. 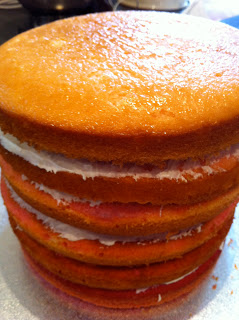 Each bowl I coloured separately. I used food colouring GEL and not the drops. You can buy the gel at homeware or cake suppliers. The gel allows for a more intense colour and
works much better than the drops.
First separated batch of mixture I added 1 drop of colouring, second batch received 2 drops and so on until I had my six layers. 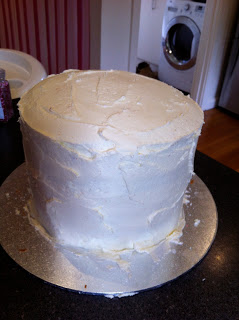 Once completely cool I was able to start decorating.
I layered the cake and used the frosting in between each layer and on the outside.
1 block of butter (500g)
8-10 cups of icing sugar – yikes I know
1 tablespoon of milk
Add the icing sugar gradually. Once it’s at the texture you want you can start adding it to the cake. 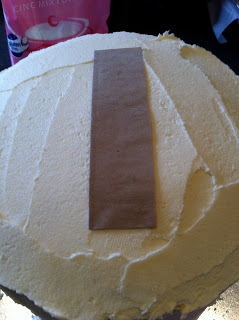 I used a clean brown paper bag to create the number one, which I could then decorate around. 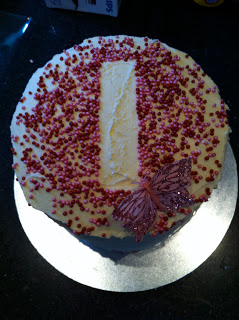 I sprinkled red and pink sugar balls (not sure what they are really called) and make sure there was a clear boarder of sugar balls around my number one. This would ensure it stands out. 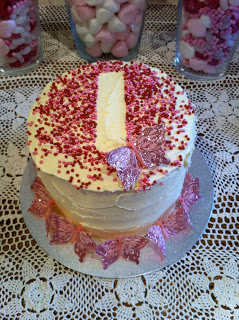 I added some gorgeous pink butterflies (not edible though), which I found at pink frosting. 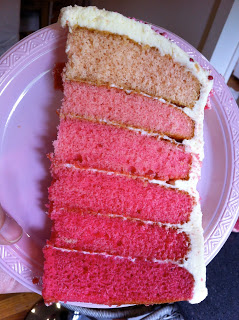 Was a great treat for guests to eat. 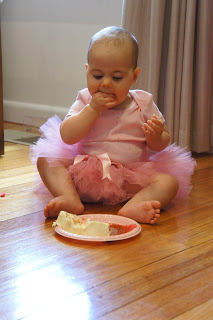 Here is Possum having her first taste of cake….and LOVING IT!